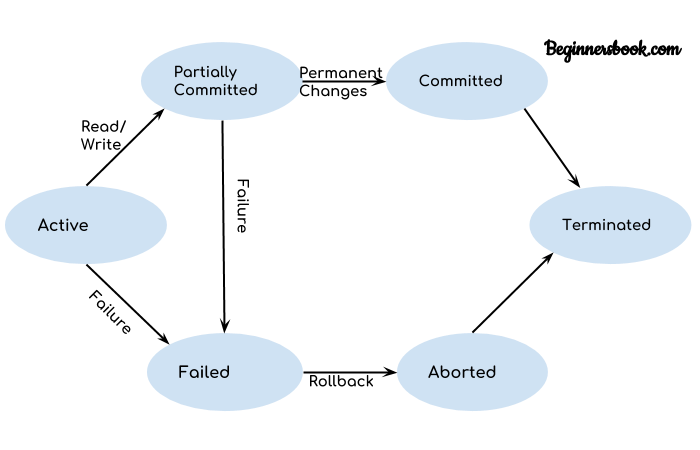 Lets discuss these states one by one.

As we can see in the above diagram that a transaction goes into “partially committed” state from the active state when there are read and write operations present in the transaction.