For example, lets say we are searching an element in a list, so for that we are running a loop starting from the first element of the list to the last element of the list. Using break statement, we can terminate the loop as soon as the element is found because why run the loop unnecessary till the end of list when our element is found. We can achieve this with the help of break statement (we will see this example programmatically in the example section below).

Syntax of break statement in Python

The syntax of break statement in Python is similar to what we have seen in Java. 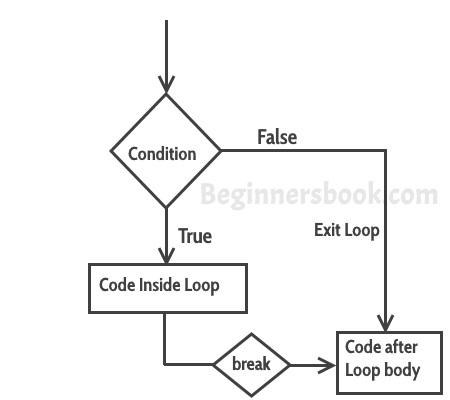 In this example, we are searching a number ’88’ in the given list of numbers. The requirement is to display all the numbers till the number ’88’ is found and when it is found, terminate the loop and do not display the rest of the numbers.