In this tutorial, we will write a Java program to find the occurrence of a character in a String.

Program to find occurrence of a character in a string

We are then creating an another array array to hold the characters of the given String, then we are comparing them with the characters in the String and when a match is found the count of that particular char is displayed using counter array. 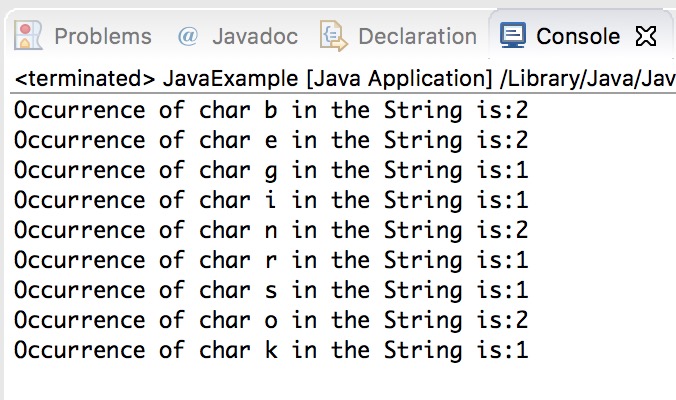