In this guide, we will discuss the differences between Star and Mesh Topologies.

Star Topology:
In Star topology, each device in the network is connected to a central device called hub, thus forming a star like pattern. This is the reason it is called star topology. Devices communicate with each other through the hub. If device A wants to communicate with device B, it first sends the data to hub then hub forwards the data to the designated device. 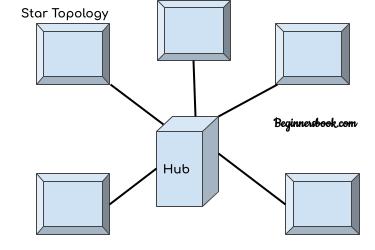 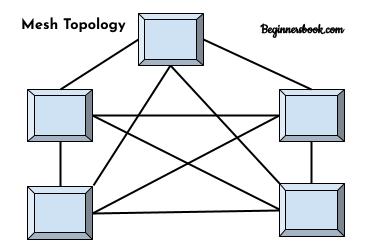 Difference between Star and Mesh Topology