The goto statement is rarely used because it makes program confusing, less readable and complex. Also, when this is used, the control of the program won’t be easy to trace, hence it makes testing and debugging difficult. 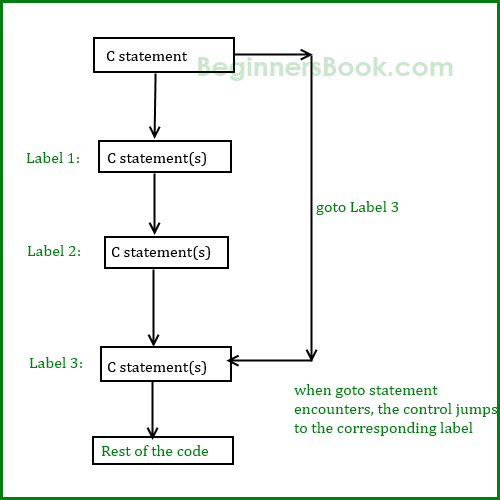 Explanation: In this example, we have a label addition and when the value of i (inside loop) is equal to 5 then we are jumping to this label using goto. This is reason the sum is displaying the sum of numbers till 5 even though the loop is set to run from 0 to 10.