In this article, you will learn the features of C language. C is one of the widely used general purpose programming language. 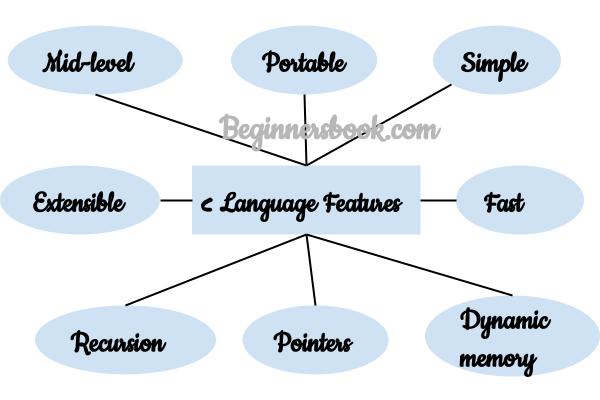 1. Simple
C language is simple and easy to learn. The syntax of C is simple and gives flexibility to the programmer with its wide variety of in-built functions and data types.

2. Portable
C is a machine independent language, which means a C program written one machine can run on another machine without requiring a code change.

3. Fast
C is a compiler based language. C is power packed with several features but it is not bloated like some other programming languages, it supports only useful features which makes the compilation of C file fast.

7. Reusability
Function is a block of code that is used to perform a specific task. Along with the in-built predefined functions, C language allows you to create you own functions that you can create for a reoccurring tasks. This improves the reusability of the code and avoids the unnecessary writing of the same code again and again.