Database languages are used to read, update and store data in a database. There are several such languages that can be used for this purpose; one of them is SQL (Structured Query Language). 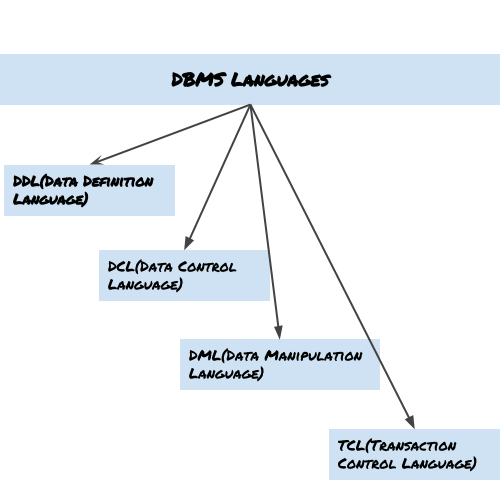 DDL is used for specifying the database schema. It is used for creating tables, schema, indexes, constraints etc. in database. Lets see the operations that we can perform on database using DDL:

All of these commands either defines or update the database schema that’s why they come under Data Definition language.

DML is used for accessing and manipulating data in a database. The following operations on database comes under DML:

In practical data definition language, data manipulation language and data control languages are not separate language, rather they are the parts of a single database language such as SQL.

The changes in the database that we made using DML commands are either performed or rollbacked using TCL.