In this guide, you will learn about instance and schema in DBMS.

Definition of schema: Design of a database is called the schema. For example: An employee table in database exists with the following attributes:

This is the schema of the employee table. Schema defines the attributes of tables in the database. Schema is of three types: Physical schema, logical schema and view schema.

In the following diagram, we have a schema that shows the relationship between three tables: Course, Student and Section. The diagram only shows the design of the database, it doesn’t show the data present in those tables. Schema is only a structural view(design) of a database as shown in the diagram below. 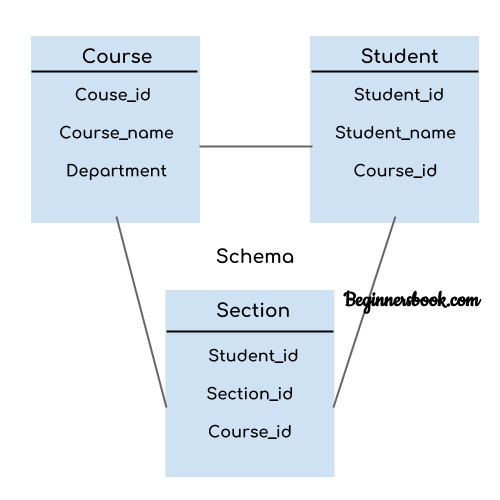 The design of a database at physical level is called physical schema, how the data stored in blocks of storage is described at this level.