To understand the basics of inheritance, refer this main guide: Inheritance in Java

What is diamond problem?
We will discuss this problem with the help of the diagram below: which shows multiple inheritance as Class D extends both classes B & C. Now lets assume we have a method in class A and class B & C overrides that method in their own way. Wait!! here the problem comes – Because D is extending both B & C so if D wants to use the same method which method would be called (the overridden method of B or the overridden method of C). Ambiguity. That’s the main reason why Java doesn’t support multiple inheritance. 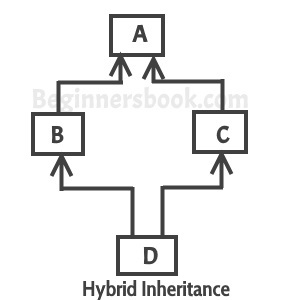 Can we implement more than one interfaces in a class

Yes, we can implement more than one interfaces in our program because that doesn’t cause any ambiguity(see the explanation below).

As you can see that the class implemented two interfaces. A class can implement any number of interfaces. In this case there is no ambiguity even though both the interfaces are having same method. Why? Because methods in an interface are always abstract by default, which doesn’t let them give their implementation (or method definition ) in interface itself.