Below are Various types of inheritance in Java. We will see each one of them one by one with the help of examples and flow diagrams.

Single inheritance is damn easy to understand. When a class extends another one class only then we  call it a single inheritance. The below flow diagram shows that class B extends only one class which is A. Here A is a parent class of B and B would be  a child class of A.

Note 1: Multiple Inheritance is very rarely used in software projects. Using Multiple inheritance often leads to problems in the hierarchy. This results in unwanted complexity when further extending the class.

Note 2: Most of the new OO languages like Small Talk, Java, C# do not support Multiple inheritance. Multiple Inheritance is supported in C++. 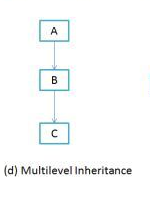 In such kind of inheritance one class is inherited by many sub classes. In below example class B,C and D inherits the same class A. A is parent class (or base class) of B,C & D. Read More at – Hierarchical Inheritance in java with example program. 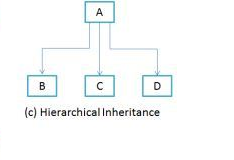 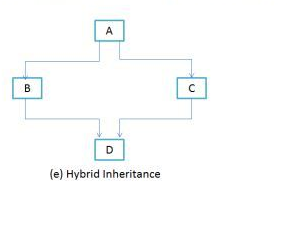