In this article we will learn the most important feature of Java 9 – “Java 9 Modules“. We will cover everything like why we need modules, what is a module, how to create and use Modules in Java. Lets get started.

In the following section I’m explaining from basics so that everyone can understand the need of modules. You may find it a huge wall of text but I assure you that if you read it carefully, you will be able to understand the reason and idea behind Modules.

Why we need Module in Java?

To reuse these classes efficiently java has grouped them in packages and it is done in such a way so that similar type of classes are in a single package. For e.g. when we are working on collections, most of the classes and interfaces that we need are in java.util package.

Over time as our code size increased, the packages in java also got increased. Imagine working on a very large program using hundreds of packages, in such case it is very difficult to understand which classes is using what. Packages are great way of organizing classes but there needs to be way to organize packages when we need to use several of them in our code.

Also, the only way to make a class reusable between packages is to make it public and when we make it public it can be used by anyone. This needed to be addressed as well.

Till now we discussed everything theoretically, lets discuss modules with the help of codes and diagrams.

What is Java 9 Module?

Exported Packages: These packages are intended to be used outside of the module, which means any program residing in any other module can use these packages.

Concealed Packages: These packages are not intended to be used outside, they are internal to the module and can be used inside the module only. 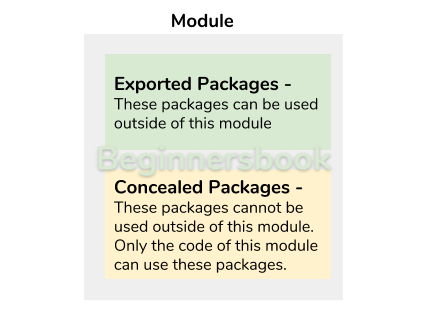 To further understand the concept of exported packages and concealed packages, lets take an example of “java.base” module.

In java we define the module in module-info.java file and to mention any package as exported packages we mention the name of package after exports keyword as shown in the right side(grey) block in the diagram below.

Lets write programs in Eclipse IDE and use the concept of Module.

Java 9 Module – Create and use modules in Eclipse IDE

We will create a class in one module and use that class in another module.

We are creating a java project in Eclipse IDE. The project name we are using is “beginnersbook.demo”.

Once the project is created, right click on the project name, go to the “Configure” option and click “create module-info.java” option as shown in the following screenshot. Give the module name same as project name “beginnersbook.demo“. 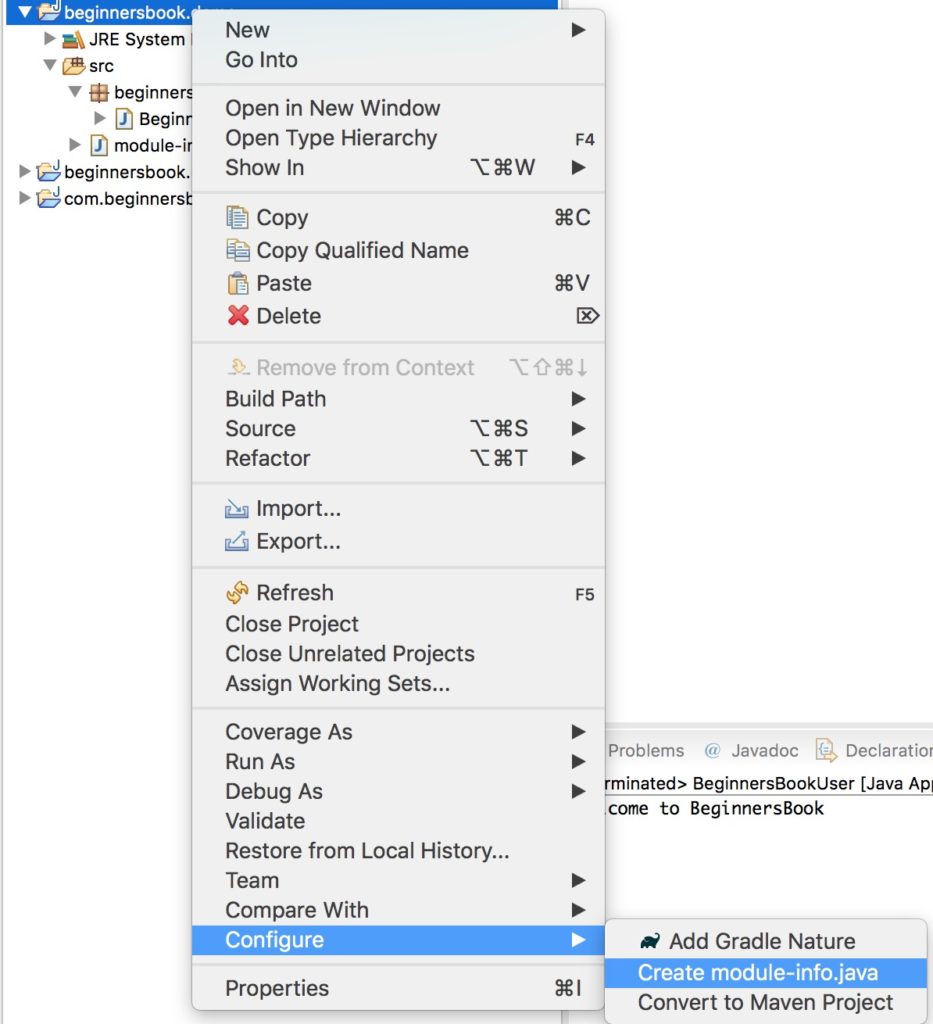 For now leave the file empty. We will come to it later.

3. Create a package and a class

Source code of the class BeginnersBook:

4. Export the package that we have created

Since we are planning to use the class “BeginnersBook” in another module, lets make this package exported so that it can be used outside of the module. To do this, write this code in module-info.java file –

Since we are planning to use the beginnersbook.demo package, we mention the package name after requires keyword as shown in the above code.

Note: You will most likely get an error message saying that the package name is not resolved, this is because the other module is not in the build path. To resolve this error, right click on the project beginnersbook.user, go to Build Path -> Configure Build Path as shown in the following screenshot: 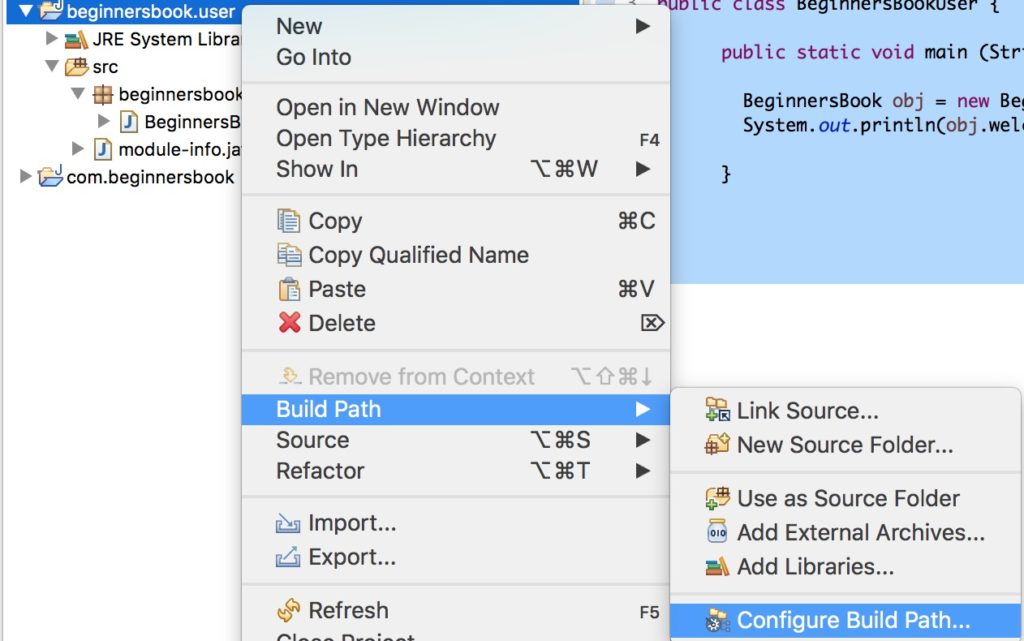 Go to Projects tab, click on Modulepath then click on “Add” button on the right side and add the previous java project “beginnersbook.demo” that we have created. Your final screen should look like this:

Your error should be resolved now.

Create a class “BeginnersBookUser” in this project under package “beginnersbook.user“.

Source code of the class BeginnersBookUser: 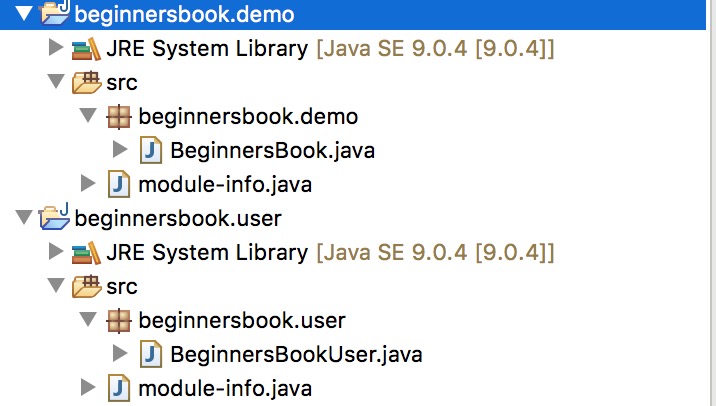 Lets run the BeginnersBookUser class, you should get the following output: