In the last tutorial we learned about JShell, the newly introduced feature of java 9. In this guide, we will see how to work with variables in JShell.

When we do not assign the result of an expression to variable, a scratch variable is created so that the output of expression can be used later. These scratch variables are created by name of $1, $2, $3 and so on. Lets have a look at the following examples to understand it better. 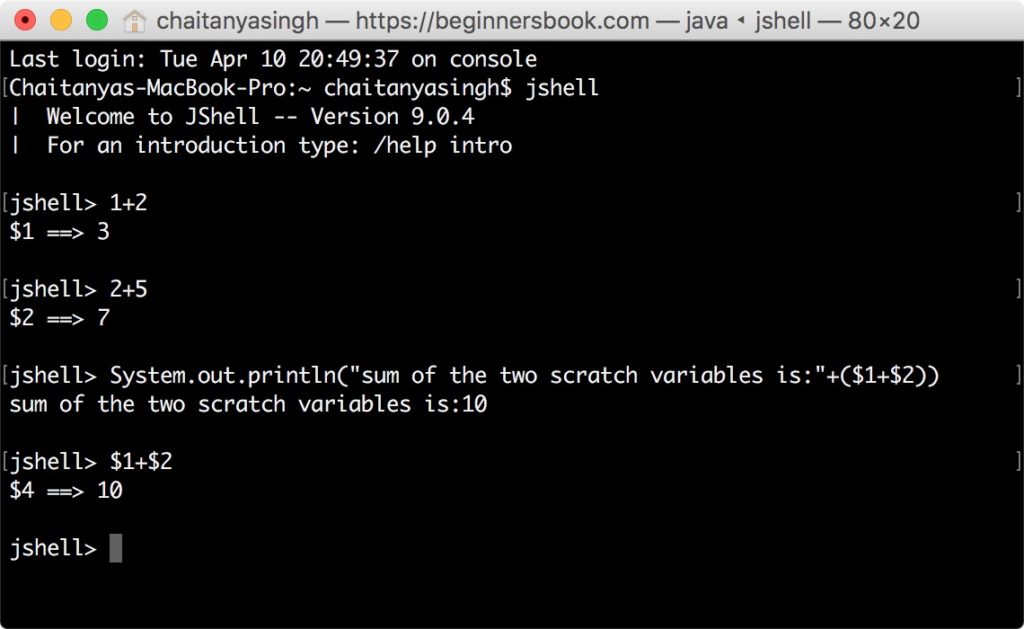 We can also name the variables in JShell, just like we do in the actual java program.

This is especially useful when you do not want to create unnecessary variables and reuse the ones which you have already created. 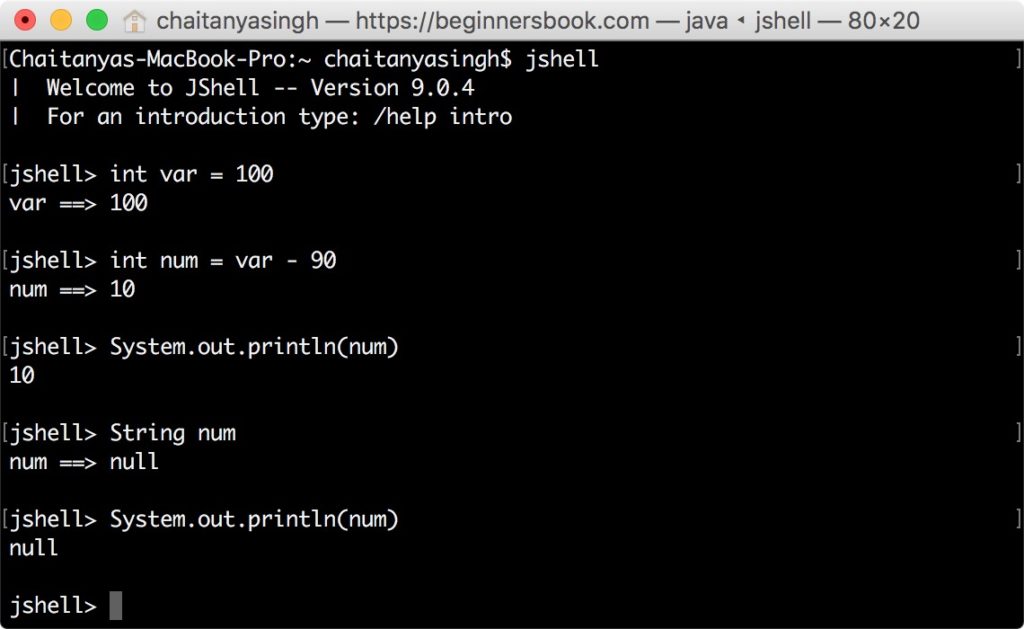